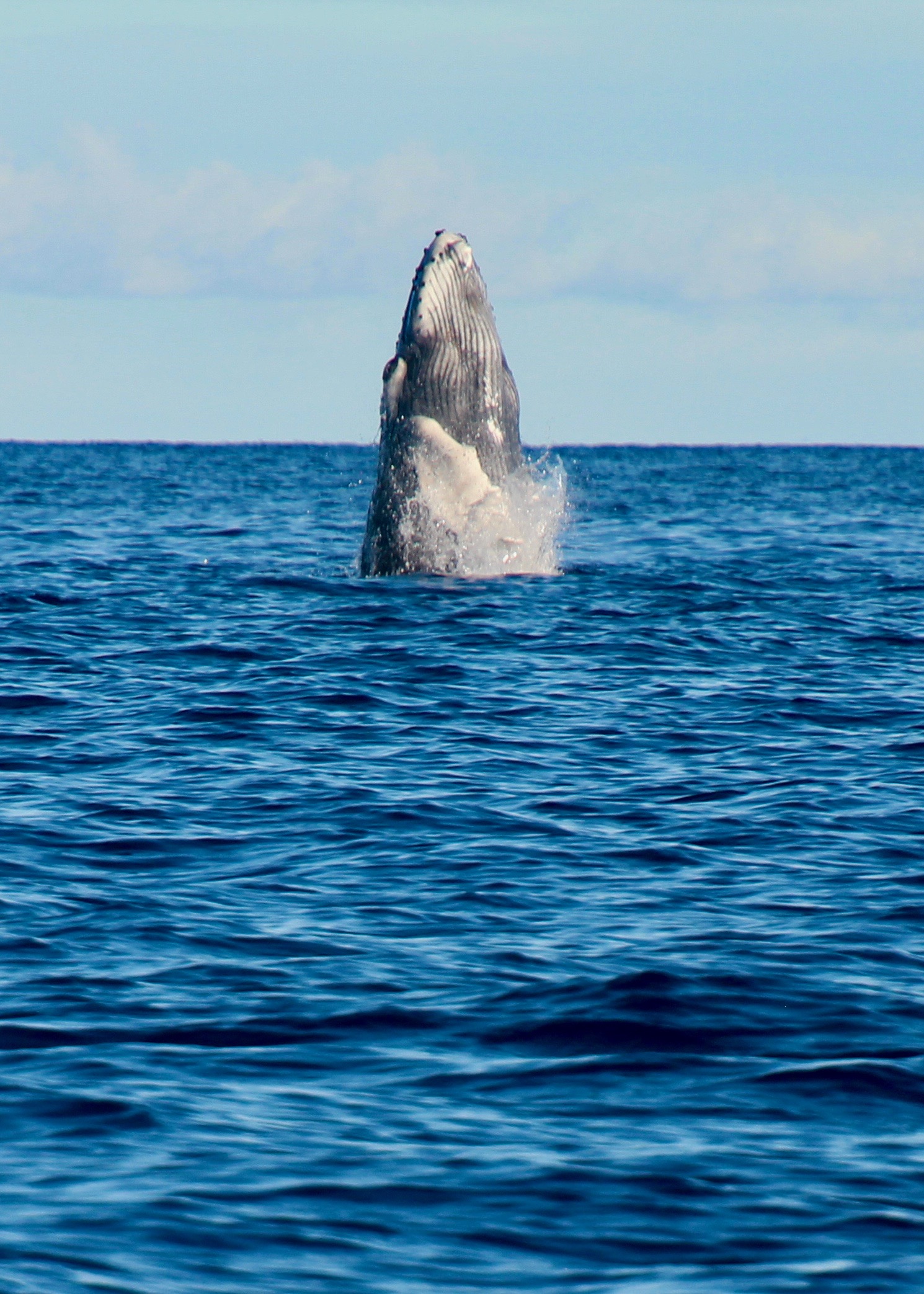 The photo above is a baby humpback whale breaching. We witnessed two baby whales breaching on that special day off the coast of
The Big Island of Hawaii

If you haven't yet read previous chapters click here:
Links to Intro and Chapters One-Four

Before receiving this transmission on Bhutan I was only vaguely aware of the existence of Bhutan and knew nothing about the concept of "Gross National Happiness." I received this transmission then researched certain concepts to make sure they were viable. The link below is a link to a PDF book about "Gross National Happiness." Check it out!!. Share it to your local politicians.

Introduction2  “If the government cannot create happiness for its people, then there is no purpose for government to exist.” - Legal code of Bhutan (1729)

“Gross National Happiness measures the quality of a country in more holistic way and believes that the beneficial development of human society takes place when material and spiritual development occurs side by side to complement and reinforce each other.” - His Majesty Jigme Khesar Namgyel Wangchuck, the Fifth King of Bhutan.”

“Since the foundation of Bhutan, spirituality and compassion have been integrated with governance” Page 5

Bhutan is a country where the king decided that the “Gross National Happiness” of his people was his primary concern. Most who live in countries of the civilized world, value their nation’s gross national product. Economic well-being is of utmost importance. But before economic prosperity can become a reality, Bhutan’s king believes people must feel safe and protected.

The people of Bhutan are very poor people but they are blessed with pure awareness that they must help the Golden Ground become spellbindingly, compellingly vibrant. They are flooded with realization of all that must be done to prepare the ground for planting.  They are aware of what is required by crops to be sources of food, that nourishes the body-mind-spirts of  humans and all other mammalian species.

The dormant parts of the Bhutanese peoples’ brains become lifted in vibration, thanks to the nurturing food the Bhutanese consume. Their light filled faces betray their exceptional sense of feeling safe. These aspects of brain functioning don’t function optimally with the vast majority of people, who live in urban areas, where they are dependent on non-local food sources.

The pre-frontal cortex of the brain of the typical Bhutanese person is exceptionally developed. The pre-frontal cortex is the center of positive, optimistic realization. This is where the mind meets the Golden Ground’s complicated directives for helping Earth lift her vibration to the 4th, 5th, 6th and 7th dimensions.

Bhutanese people process the Golden Ground’s directives and take action to give her all that she requires, to survive the abuse rendered by those who don’t know her as the Bhutanese do. Their service to the Golden Ground is essential for her survival.

Humpback whales divinate the Bhutanese people with Courage[1] so these people can lift the vibration of Courage in the first chakra grid formations that run through the country of Bhutan. The humpbacks also spend time within the field of Bhutan’s royal family. In the next chapter I will share the succinct role we play with this family.

Previously, the government of Bhutan was less than heart centered. Those who were not of the Buddhist faith were extracted from the country and moved to neighboring nations. Ethnic cleansing is a clear violation of the heart centered, light-filled consciousness implied by the term “Gross National Happiness.”

Gautama Buddha, who lives in the realm of the Holy Spirit, pours his consciousness of compassion through the vortex created by the humpback whales off the coast of the Big Island of Hawaii. From this location, humpback whales collaborate with the sylphs (air elementals). They send the Golden Ground’s consciousness of compassion to depleted residents of the United States. The whales and the sylphs also lift the vibration of specific populations.  Those who live in these areas have the potential to help others love themselves as they love others.

Gautama Buddha observed the depth of corruption in the Buddhist nation of Bhutan, yet he knew the complementary healing frequency, emanating from the Hawaiian vortex, would create a shift within the hearts and minds of Bhutanese, who were initiating the movement to purify the population. He worked with my humpback whale family and assisted us in co-creating and uplifting the vibration of the abusive broken ones’ heart centers. Gautama Buddha and my humpback family continue to collaborate on modifying the energy we project to those depleted Bhutanese, who have the potential to contribute to violence.

The cause and effect of Gautama Buddha’s work with my humpbacks is resulting in such a paradigm shift, within the Bhutanese governing body, that people throughout the country are filling up with great interest in promoting real “Gross National Happiness” vs. using the slogan as a decoy to distract from the truth about Bhutanese brutality towards non-Buddhists.

The difficulties the Bhutanese have had with the effects of climate change are reflected in the programs they’ve created for the poorest people who need assistance. These people receive love and assistance from the government agency specifically created for the purpose of lifting the vibration of these poor people. The ultimate goal is to support them in becoming more safe and secure.

The people who work for this agency are very advanced souls who consciously pulse the Golden Ground with progressively powerful healing frequencies. They do so very specifically in the neighborhoods where these beleaguered ones live. This progressive approach to assisting people who need help is unheard of in the western world.

The Golden Ground is very carefully tended to by those who work for this agency. They work collaboratively.  They assess the specific needs of these people who have struggles with survival. These people improvise how they provide service according to their observations of the response of the poverty stricken populations.

Some agency members live amongst these poor people and take copious notes on specific exchanges between community guides, such as the shamans or the priests and residents of a community.  They may recommend more direct service, such as providing food or medicine, according to the way guides and fellow community members relate to one another.

Some community guides feel the uplifting frequencies the agency members have pulsed into the ground underneath their feet.  These energized guides may respond with intelligent resolution to a community’s struggles for survival.  The agency members may provide assistance to these guides and other community members, who may be implementing strategies for overcoming sub-par living conditions.

The Buddhist faith does not clarify what it means to be of service to people who need assistance but the faith does support the consciousness of compassion. The Bhutanese people process fear through completely comprehensive meditation practices, that combine chakra clearing with specialized breath work, meant to invoke expansion of the heart center. These practices stir the hearts of these meditators, who in turn express their feelings to Buddhist priests, who help them process their feelings. The priests, who speak the language of people who live in poor areas, help these people let go of fear by deep listening to what they have to say.

If there is a spokesperson available in a specific population center, who works with this special agency, the person will often help the priest interpret the thoughts and feelings of these people. This service often catalyzes priests and others in positions of authority to hold council with members of their communities.  These leaders then figure out what actions need to be taken to provide help.

My humpback family’s preference is to assist the community guides in solving issues of poverty in their communities. The problem solving provided by guides is far more impactful than government assistance, which provides a short term solution.

Our tendency is to lift the vibrancy of those who meditate so they in turn come to conclusions that reflect the comprehensive consciousness that’s available to all who hold higher vibrations of love. This consciousness has nothing whatsoever to do with troublesome, traumatic struggles that result from poverty. This consciousness is available to people, who have taken the time to purify their chakras and remove the imprints of past or present life experiences that may have reinforced feelings of being helpless.

We help these people, who have purified their fields, tap into the consciousness of the Golden Ground’s own knowledge of what it takes to produce food, acquire sources of clean water, and absorb the wisdom of the nature spirits.  The nature spirits, for example, share wisdom about enhancing the soil in different locations.  These people are also assisted in tapping into all that’s required to rejuvenate the bodies of people who live in each location.

Members of my humpback family take great care to provide, with exactitude, just the right healing frequency to those who don’t have much life force. Our goal is to help them absorb the charge of love we pulse into their hearts. Our deepest longing is to help people who have very little insight into what their Golden Ground has to offer.

We’ve given you the example of the country of Bhutan because we clearly see how the government does, with great care, provides spiritual guides with the tools needed to help people help themselves. We summon those of you who read this transmission to put yourselves into the heart-minds of these extraordinarily advanced priests and shamans who take directives from their government’s officials and merge these directives with the directives they receive from the Golden Ground herself.

Our next story will lead you into the country called Libya. The Libyan culture is very different from the Bhutanese culture and our strategies for assisting Libyan priests and shamans are of a very different nature.  We give you this consciousness raising because we want to help you comprehend what Prime Creator intended, when programming the Golden Ground to accept the astonishing diversity that she displays.

The Golden Ground represents a merging of nearly every category of life form that’s life enhancing and found on other third dimensional planetary bodies. This includes of course, the diversity of human beings and what’s been provided to Earth’s humans to enhance their evolutionary potential.

Our beautiful Earth Mother is the most complex planetary body within the confines of the Milky Way Galaxy, where billions of Earth like planets host vibrant life forms and varied humanoid races. Your Gaia Force refuses to be categorized as a tragic mistake, as some disdainfully call her. She’s a proving ground for the concept of love helping those with diverse beliefs recognize the one essential truth – “Love is the only answer.”

You recognize, of course, the desecration of your Earth Mother that’s taking place but perhaps you also recognize that the structures that have prompted this destruction are progressively lessening their hold. These crumbling structures  are built from greed programming.  They have never been more precariously on the cusp of totally collapsing.

So now I invite you to enter the field of Libyan consciousness which has no resemblance to the consciousness of Bhutan or the United States. 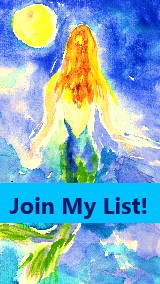 July 30, 2021: An Invitation to Serve Earth and Become a Catalyst for Positive Environmental Action

August 22,2021:An Invitation  to Activate Earth’s First Chakra at Mt. Shasta and Humanity with the Christ Consciousness Ray of Courage

Earth Heals as Her Humans’ Heal Anger, Rigidity, and Tension.
The Masters of Love and the Dolphins and Whales Invite You to Help by Expressing Your Truth With Grace and Compassion.

November 8, 2021
A Love Letter from the Ascended Masters and the Humpback Whales

Listen to the Heartbeat of Mother Earth 1-12-22

Raising the Vibration of Ukraine's Military 4-1-2022